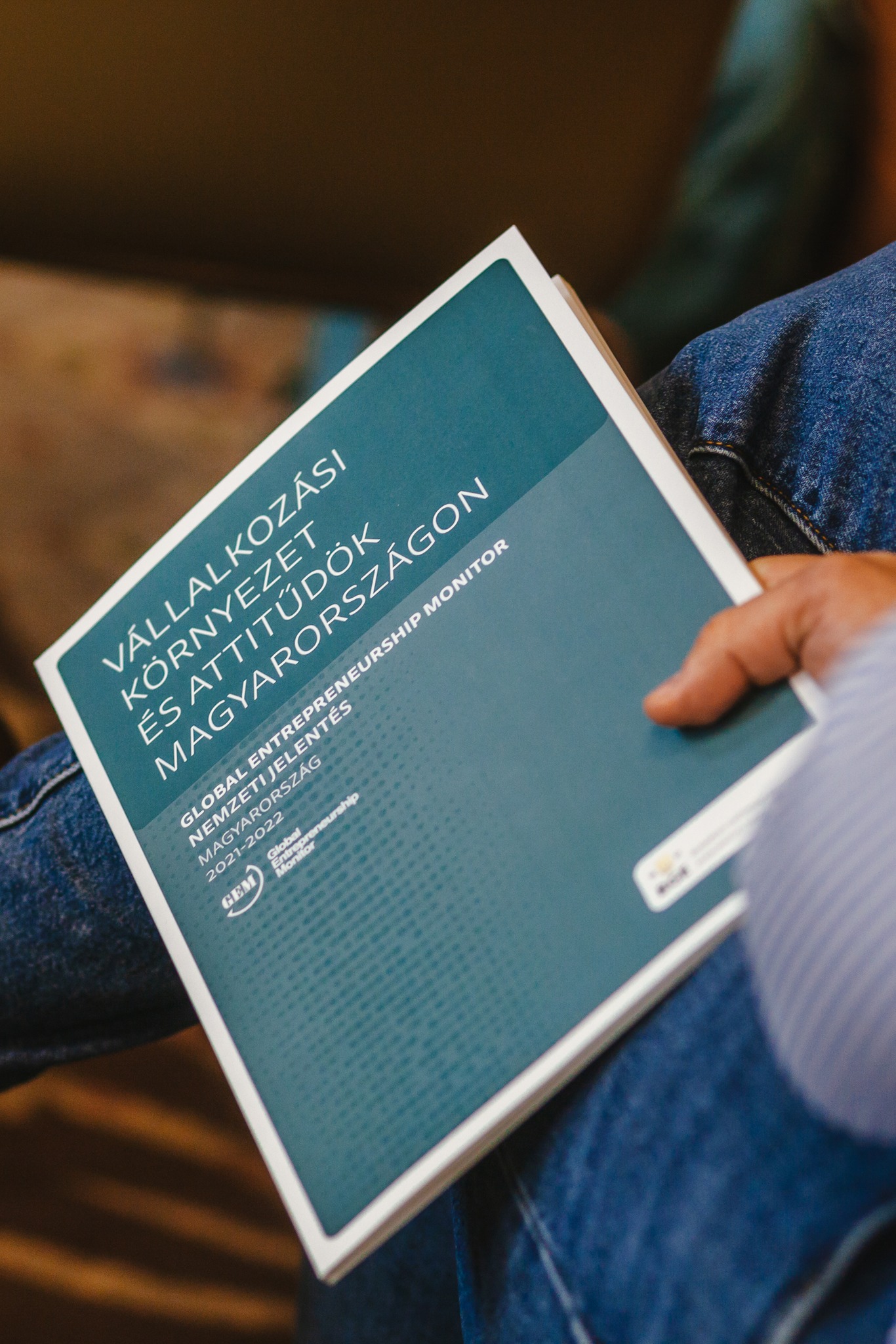 Almost half (49.7%) of respondents think it is easy to start a business in Hungary and a third (36.5%) believe that there are good opportunities to start a business in the next six months. These are among the findings of the new GEM Hungary 2021/2022 National Report, unveiled at an event hosted at the Budapest Business School University of Applied Sciences (BBS), the lead institution for GEM Hungary.

The report also noted that almost every other person knows someone who has started a business in the last two years and that this ratio is even higher among young people. Hungary also fared better than the international average in terms of those who admitted to not starting a business due to fear of failure. This figure came in at 38.2%.

“Even amid the pandemic, the survey showed that entrepreneurship is booming in Hungary with one in two people know someone who has started a business in the last two years,” said Dr. László György, Hungary’s Secretary of State for Economic Strategy and Regulation, Ministry for Innovation and Technology. “The GEM survey provides information not only on the economic situation of businesses, but also on the motivations of the entrepreneurs. It is worth noting that entrepreneurs in Hungary see their business not only as a way to make a living but also as a means to achieve something important – to make the world a somewhat better place.”

Some other important findings include:

“The latest results of the GEM survey provide a mixed picture of the Hungarian business atmosphere,” said Gigi Timár, Head of the BBS Budapest LAB Office for Entrepreneurship Development. “ Although many people — especially those with higher education and who live in more developed economic regions — identify entrepreneurship as a career path to follow, few would actually start a business due to the lack of knowledge and experience.”

2021-2022 marks the first time GEM research has been carried out in the country since 2016 with BBS taking over leadership of GEM Hungary. The launch event was a unique opportunity to share the research with Hungarian entrepreneurship researchers and representatives of policymaking institutions. Timár presented the main results, while Judit Csákné Filep, director of research of the BBS Budapest LAB Office for Entrepreneurship Development, provided analysis on the findings. Makronóm Institute, the main sponsor of GEM Hungary, showcased their latest research results that connects to the data collected and analysed by GEM data.

“BBS Budapest LAB has been actively working to provide accessible results in order to create more diverse usage,” concluded Csákné Filep. “The event played an important role in highlighting the value of the GEM National Report Hungary to a wider professional audience.”

Access the report in English and in Hungarian here.