Established within Budapest Business School in the spring of 2017, Budapest LAB – Entrepreneurship Centre has launched a long-term research project about Hungarian family businesses. In the scope of this research effort, a specifically dedicated research group is now trying to systematically uncover the specificities and other typical features of such businesses.

Why focus on such businesses?

The currently important and ever increasing role of Hungarian family businesses in Hungary’s national economy necessitates the research of such enterprises despite the fact (or for that very reason) that the Hungarian Central Statistical Office does not collect data concerning this type of businesses. Given this fact, even the definition of ‘family business’ merits separate research as there is no established consensus as to what features within what criteria constitute the division line between family and non-family businesses.

Even if recent decades have seen a rapid increase in the number of publications about family businesses, researchers of this area advocate further scientific investigations so that university professors, authorities, advisors and managers can better understand, support and facilitate the development of such businesses. The analysis of the literature makes it clear that the most extensive information available about such ventures concerns businesses operating in developed countries, and the available referent theoretical models are also contextualised in this economic and social setting, Director of Budapest LAB and research project leader Dr. László Radácsi explains.

Many but not as many as one thinks 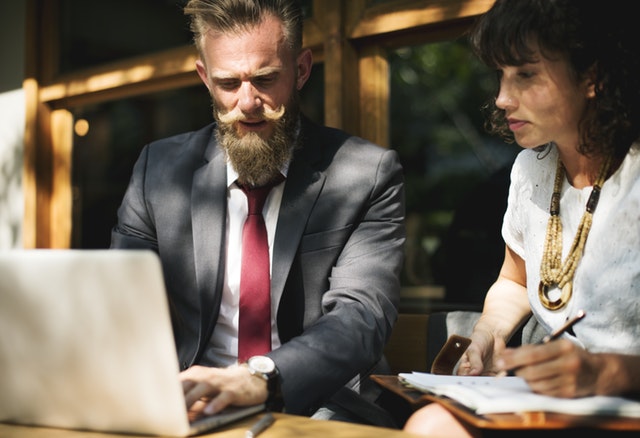 As part of the research project, Budapest LAB established its own definition for the purpose of identifying ‘family businesses’ within the research sample. Tailored to the specificities of the Hungarian research context, this very definition contains all the elements that surface in internationally applied definitions and therefore includes the following features: expectations concerning ownership as well as potential and guarantee that the family exercising ownership in the business can exert considerable influence on the business culture and fundamental values of the venture either by way of taking part in the daily running of the business or by defining its strategy and future objectives.

The number of family businesses amount to 29,500 in Hungary

Using the definition formulated within the research, it can be ascertained with 95% accuracy that 58% of small and medium size enterprises (SME) in Hungary are family businesses, i.e. the number of such businesses totals approximately 29,500 in Hungary. (This number is the median value of the referent interval estimation, according to which, in terms of businesses employing a staff of 3 to 99, the number of family businesses is between 26,775 and 32,160, i.e. between 52.91% and 63.55%. The statistical margin of error is 5.32%.)

For the interpretation of this figure, nevertheless, one needs to bear in mind a factor that caused the narrowing down of the scope of investigation within the research project. Namely that in the Hungarian economy, the number of the smallest businesses is very high and for that reason, when defining the lower size limit of businesses for compiling the population within the research, the managers of the research project decided to set the following parameters for a company’s inclusion in the research: the company employs at least three persons and has a minimum annual sales revenue of HUF 50 million based on the pertaining European-level directives concerning SMEs; the highest limit concerning the size of enterprises included in the present research project is a staff of maximum 250 and an annual sales revenue of EUR 50 million OR a balance sheet total of EUR 43 million. Thus the research did not target primary agricultural producers (unless they operated in the form of partnerships), one-person businesses or sole traders. This decisions is supported by the fact that below this size category businesses do not exhibit classical business-like operation.

According to the hypothesis established in the scope of the present research and based primarily on foreign multigenerational research efforts, family businesses operate more responsibly and with a longer-term foresight, or their staff retention power is stronger. Nonetheless, based on the quantifiable results of the present research, it can be established that family businesses, on average and as a rule, do not differ from other SMEs.

This is explained by the assumption that, in all likelihood, specificities that markedly differentiate family and non-family businesses, which are clearly identifiable in Western Europe, have not yet developed in Hungary. These specificities have not yet developed in Hungary as there was not enough time for this to happen: the business environment and industrial field specific features exert more powerful influence on the operation of family businesses than the features associated with the actual owners.

Yet, family businesses are far from being homogeneous. Those features that the literature attributes to family businesses will be shown by those companies classified as family businesses in Hungary that have already experienced their first change of generation as far as the management of the business is concerned. Researches believe that it is through this transition and this way of coping with associated challenges that businesses mature and thus become such distinct economic players that exhibit unique features. For this reason, within the research population, multigenerational family businesses were identified. At the same time, it is also true that due to Hungary’s peculiar historical development in the most recent decades, the number of such companies is relatively low.

The number of multigenerational family businesses (where succession has already taken place or where succession will take place within five years) amounts to an estimated 2,800. (This number is again the median value of the referent interval estimation.)

These results show that the act of succession from generation to generation (successfully managing this challenge or the preparation for this challenge) necessitates clear awareness and consciousness of what is going on in the case of this scenario in the business. As far as one and multigenerational businesses included in the sample are concerned, there is no significant difference between their year of foundation: in the case of first group, this year is 1997, in the case of the latter it is 1999. This fact allows one to conclude that in case there is a will to carry out transition from one generation to the other in a company, twenty years is a long enough period to successfully perform this transition within the family.

The majority of family businesses are run by spouses

Even if in the case of large international family businesses it is possible to speak about clans (siblings, nieces, nephews, daughters-in-laws, brothers-in-law) in the management, the majority of Hungarian family businesses are run in order to secure a business venture that encapsulates the properties, existence and work of a married couple, the current research project attests.

Business operations revealing cooperation between members of the nuclear family are also peculiar in terms of the staff employed by such businesses. In the majority of family businesses, spouses (36.7%) and children (32.8%) are most commonly employed by the company besides the actual owners or managing directors (61.6%); and actually a considerably lower number of distant relatives are employed as staff. 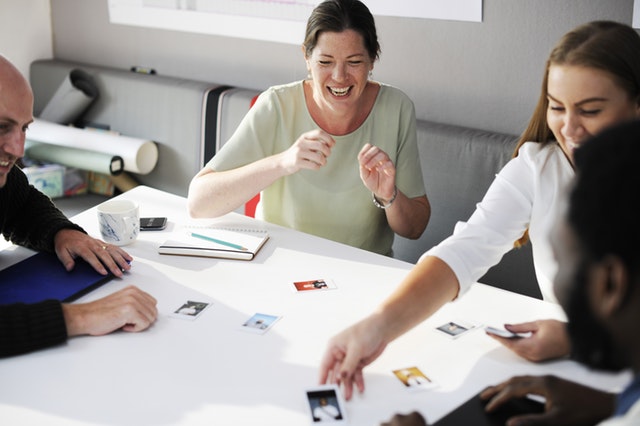 Lack of innovation as hindrance

Although it is very often claimed that the basis of the competitiveness of the Hungarian SME sector might be constituted by innovation, the present research reveals that this issue leaves a lot to desire in case such activities are to be promoted. On the one hand, one third of all Hungarian SMEs did not carry out any innovation in the past two years; on the other hand, approximately one sixth of such ventures are committed to developments in all fields identified as areas of innovation in the literature. Another quarter of these businesses, are concentrating their efforts on certain areas. Regarding this issue, there appears no significant difference between family and non-family businesses. Slightly over one third of non-family businesses carried out significant organisational developments, and roughly the same amount of such businesses performed innovation-purpose activities regarding their products and services.

On the other hand, innovation-purpose activities carried out by family businesses are more diversified (they perform more diverse kinds of innovation activities), but the difference between the two types of businesses remains insignificant.

As self-reports attest, the Hungarian SME sector is fully ethical

The research also examined responsibility assumed by businesses: one of the most striking findings was that, based on self-reporting, almost three quarters of all businesses (71.4%) claimed themselves to be (fully) responsible and ethical, grading themselves in the highest category on a scale of 5, and this ratio is even more favourable (95.6%) if we also consider those businesses that have awarded themselves with the next-best grade of 4.

Still, if the concrete activities are surveyed, a more varied picture is obtained. Almost half of the companies (56%) have instituted actions targeted at preserving the natural environment and half of the companies / company owners (55%) support some kind of social cause or organisation. In this respect, there appears no significant difference between family and non-family businesses. The majority of the supporters of such causes are companies (58%), 8% are private individuals, while 33% support such initiatives both in their roles as a company and as a private individual. This, in almost half of the cases (49%), means smaller sums donated for such purposes (with annual sums between HUF 10 and 100 thousand), while larger sums, i.e. between HUF 100 and 500 thousand), are offered by approximately one third of the respondents.

Into infinity and even further on

The above-detailed representative questionnaire-based survey constitutes the first empirical data capture by the Family Businesses Research Project. The data capture was preceded by carrying out a systematic literature review. In fact, two thirds of the interviewed businesses undertook to give up their anonymity, and this allows for a more thorough investigation of further connections and interdependencies concerning these businesses. For this purpose, data mining methods will be used in order to analyse these businesses’ balance sheets.

Such efforts will continually be followed by the start of further research phases. As a next step, qualitative research methods and deep drilling will be used to examine the following questions: succession in the business, HR, innovation or corporate social responsibility.

With the help of guided sample selection, further research phases will examine and analyse the already identified Hungarian multigenerational businesses. Based on the hypothesis of the researchers, these businesses more markedly exhibit those features that have already been identified with family businesses abroad. In addition to this, the researchers will also examine businesses that show peculiar features in some aspect or field as these businesses are supposed to offer lessons to learn. In the scope of this initiative, family businesses showing exceptionally innovative and demonstrably responsible, etc. features will also be analysed.

Within the research project, Budapest LAB aims at transforming the findings generated in the scope of this research into clearly-written guidelines, teaching materials and suggestions for potential use in business life as well as in the fields of education and governmental work. In addition, the research project is also planning to produce training documentations and other communication-purpose materials facilitating knowledge sharing.