They work more than an average employee, while work-life balance is also challenging, yet freelancers would not revert to being employees. This was shown, among other things, by a research conducted at Budapest Business School (BBS), which produced useful results for both those who are already freelancers and those who are planning to be one.

Although we use the term often, the meaning of the concept of freelancing is not really clear. There is no precise and universal definition – which was revealed by the research conducted at BBS, by the Budapest LAB Entrepreneurship Centre, which is doing a study on Hungarian freelancers.

There is a significant difference, for example, between how the term “freelancer” is used in the United States and Europe. An American freelancer can even be an “unskilled freelancer,” but the European definition is based on professionalism. A distinction must certainly be made between vulnerable, self-employed people in need of protection and independent (freelance) professionals who are seeking personal fulfilment.

“After work, I went home, sat down to my computer, and started to study (…) I had a lot to learn, but luckily I have a huge appetite for knowledge.”

According to the first results of the research launched in 2019 (which can be read in detail in a publicly available publication in addition to the interviews with freelancers about their experiences), the freelancers in the sample are educated highly above the average. Almost 90% of the respondents in the research have a university degree, while according to HCSO data among the over 20 population of Hungary the proportion of university graduates is only 21.8%. Almost 95% of those who completed the questionnaire speak at least one foreign language, and almost one in two respondents speaks at least two languages. In comparison, the proportion of Hungarians who speak one foreign language is 28.6%, and the proportion of those who speak two or more languages is 13.8%, according to Eurostat. In addition, the vast majority of responding freelancers make significant efforts to continuously improve themselves, according to the results of the questionnaire and the completed interviews.

Customer satisfaction is paramount, as recommendation is more important than any other sales channel for freelancers. This means that “you have to be so good in your profession that you’ll be recommended. I dare say if someone is not good in their profession they’d rather be employed because as a freelancer they’ll find themselves out of work one day, ” said one of the interviewees.

“I still remember leavig my workplace for the last time.  I felt as if the world was mine from then on. ”

Although self-employment is not always the result of one’s own decision, professionals in this group typically do not choose this form of employment and life in the absence of other options. But because it meets their expectations more. Many of them want more flexibility, autonomy and variety, or even more responsibility than what they have experienced as employees. In addition, the desire to compensate for bad experiences in a traditional employment relationship was identified too. 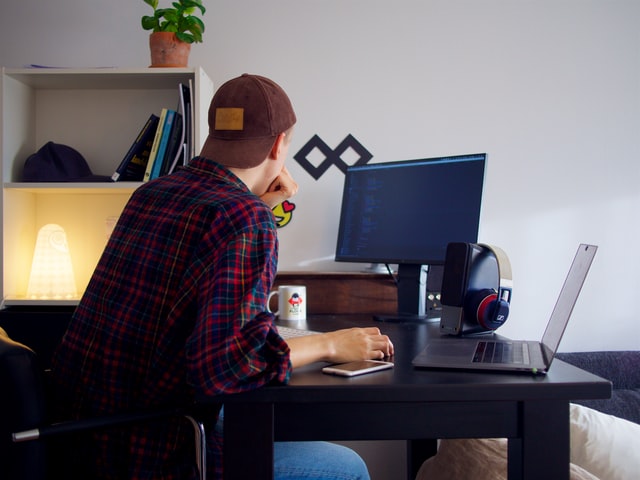 But for most of them this is not a leap in the dark. Typically, while working as employees, people are slowly building up a clientele which will be the foundation of their post-employment existence. This is all the more important because research shows that freelancers usually support more people.

“That the value of a person is measured by how many hours you spend in the office, sitting in front of the computer – I didn’t feel it was motivating.”

The most important motivational factor besides the joy you get from work, personal freedom, and the achievement of goals is creating a partnership with clients. However, in addition to the presupposed and later experienced benefits, they are also aware of the responsibilities associated with being a freelancer. If you are a freelancer, besides being freer to decide about your own life, “you will be the brand yourself” for which you must take responsibility.

“Wishes don’t always correspond to reality. Surveys conducted in several countries show that people who are self-employed work more than employees, their feeling of job security is worse, and they experience a higher level of stress. Their burnout rate is higher and their work-life balance is more conflict ridden than that of employees. At the same time, surveys also show that the job satisfaction (and satisfaction with life in general) of self-employed people is greater. According to the usual explanation put forth by researchers, the reason for this paradox is that self-employment is chosen by those who value independence and flexibility, and these factors compensate for the negative aspects, ” – says Gigi Timár, Budapest LAB director and project manager.

“Generally speaking, I work more than five days a week, but not at the same place.”

The first results of the research show that the interviewed domestic freelancers align with the foreign trends. Overall, the majority of interviewees work more than forty hours a week, and it is a particular challenge for many to take time off once in a while. Nevertheless, the thought of returning to emplyeehood does not even cross their minds.

There is also a need for awareness to take advantage of the freedom gained with such great effort, and difficulties in creating work-life balance also emerge, though differently than for full-time employees. Some have sacrificed their marriage to remain freelancers, and many have honestly talked about the difficulties, possible conflicts in their private life. A frequent resistance on the part of the family and friends to the freelance lifestyle, the expectation to have a “normal work” and career as an employee can definitely be identified as well.

“I am sitting on the beach with my laptop and work. I don’t have to miss out on seeing how skilful my kid has become in diving, because in the meantime I can also go on with my work. ”

It is not impossible to achieve work-life balance. The respondents in our research are, on average, about 37 years old, many of them have a family or are single parents. For them, freelancing actually makes it easier to organize their life. It seems that to be able to achieve work-life balance, holidays, the time for relaxation has to be planned too, otherwise it may easily be forgotten.

The importance of self-knowledge is also a recurring theme. This can mean professional confidence, but also that a successful freelance career requires the knowledge of one’s own boundaries and weaknesses. Since the frameworks are set by the freelancers, being aware of what they know and what they want is in their own best interest.

“I don’t have to explain anything to the people who surround me because they lead the same kind of life as I do. ”

Although it may seem so, freelancing is not necessarily a lonely lifestyle. The forms of collaborations may be different from what one is used to in the case of employees working in a company, but the community plays an extremely important role in the lives of freelancers.

Many freelancers work regularly with experts in other fields to undertake larger, more complex projects. The community is an important field for professional development as well as from a spiritual point of view. It helps in having someone to ask for feedback, or to share experiences and challenges with people in similar situation.

BBS Budapest LAB started to assess the freelancing community in Hungary in 2019, in order to get to know the specifics related to their work and way of life. In-depth interviews and a questionnaire survey were conducted in the 2019-2020 research round. The research will continue in 2020-2021 within the framework of the Thematic Excellence Program supported by the National Office for Research and Technology.

As a university of applied sciences, Budapest Business School pays special attention to the researched community being able to make direct use of the results of its research. In the case of the “Freelancers in Hungary” research launched by BBS Budapest LAB, this was clearly achieved based on direct feedback from the community (that “they have been waiting for a similar material for a long time” or “if nothing else happens, this is already a great help to community members”). The first results of the research have also been published in a free online publication, so anyone – freelancers, to be freelancers, or those simply interested in the topic – can draw on this new knowledge base and the experiences of others.